Here is another Christmas tutorial. You can check out my last one for Cinnamon Gingerbread Ornies here.  I am so excited to share this one with you and I know you're all gonna love it!

I had seen something like this on the computer a while ago and knew I had to make these hanging battery operated tea lights. 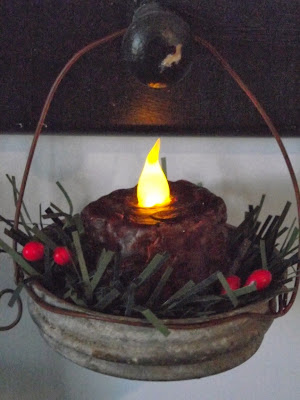 To make these I started by grunging up some battery operated tea lights. 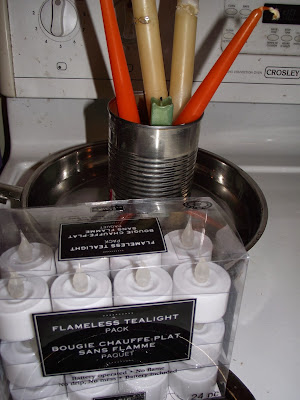 To do this I melted a bunch of candles in a soup can in a pan with some water simmering.  I'm upset with myself for using my nice pan, when I had one I really didn't like sitting in the garbage pile, because the wax made such a big mess.

Then I added about 1/2c of cinnamon and 2 Tbsp ground cloves to the melted wax.  Using a plastic spoon, I put a thin coat of wax on the tea lights.  The tea light on the left is at this stage (below).  I really had to watch the temperature of the wax.  When it cooled just a bit, it was easier to smear on the tea light.  Once all the tea lights had on their first coat of wax, I put on another, thicker, bumpy layer by pouring the wax over the tea light on all sides (just not the bottom) and building it up until I was happy with each one.  The tea light on the right is at this stage.  It was important to constantly be stirring the wax because the spices kept settling at the bottom and that would change the colour and consistency of the wax. 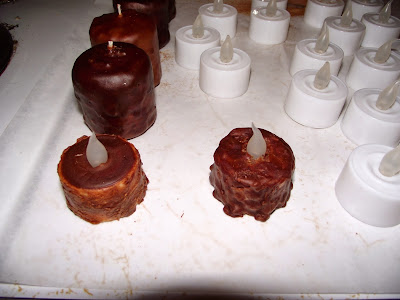 Next I got some old zinc canning lids and wrapped rusty wire around to start the hanger. 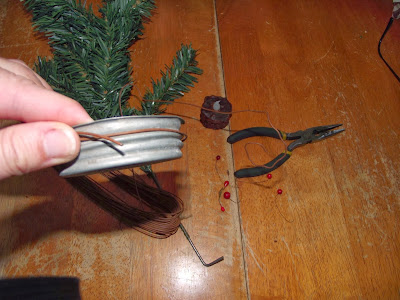 Using pliers, I curled the little over hang part around the wire that was wrapped around the lid. 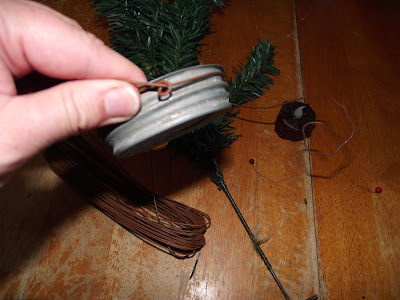 
Then I looped the wire to the other side and cut it. 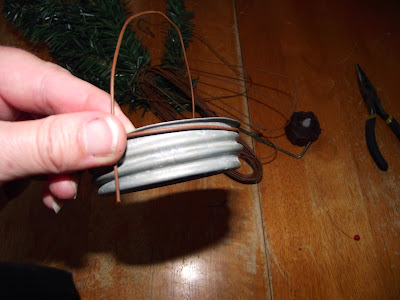 Then I did the same as the other side and curled the left over wire around the wire on the lid to finish the hanger. 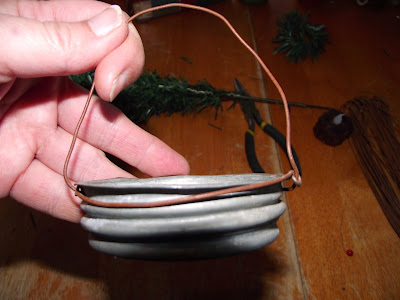 Next I cut some greenery off an artificial Christmas tree branch and glued it in a circle inside the lid and then added some pip berries.  I would have liked to use a pip berry candle ring or just some pip berries made into a ring, but I could not find any around here. Not even at Michael's. 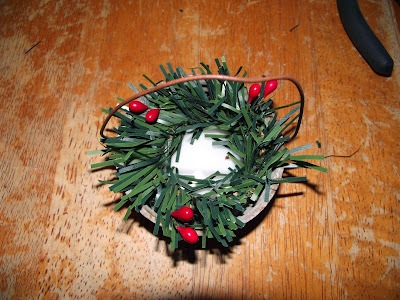 Now, just place a grungy tea light in the middle and voila!  I can't wait to see what these will look like in a Christmas tree. 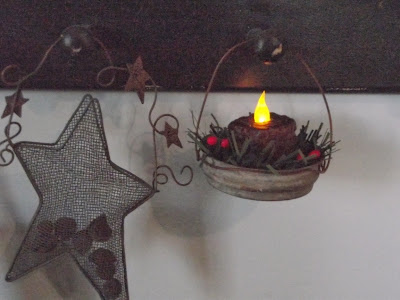 I used the one piece old zinc canning lids, but I think you could use old gem zinc screw bands with a snap lid glued in it.  I put one together to give you an idea of what it would look like. I didn't put the hanger on it because I wasn't going to actually use this one and I think you can find more rustic looking screw bands than the one I used. 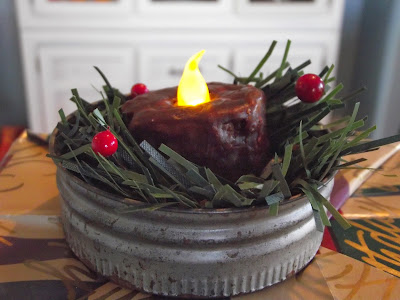 Just a note on the supplies for this project;
I bought the 24 tea lights from Micheal's with my 40% off coupon. So they were $30, but I got them for $18.  But I was at Costco today and saw a pack of 28 tea lights with 6 extra batteries for $15!  I think I will still buy some, because the batteries are the same ones we need for our bathroom scale, so there is some value in that for us on top of the better price.  I bought the zinc lids as a big lot on EBay a few years ago and have been saving them for just the perfect project.
I think I got the artificial Christmas tree for free. I knew I would be cutting it up, so it didn't need to have all its parts.
So that is how I made these adorable lights. Thanks for stopping by.
This post is linked up to; Gingersnap Crafts The Farmhouse Porch SEW licious Home Decor Funky Junk Interiors Whipperberry Love Grows Wild Alderberry Hill The Blackberry Vine Nifty Thrifty Things
Posted by Crystal @ Country Mom at Home at 9:42 PM