The Only Way to Cook Spaghetti Squash

I have to admit, I don't particularly enjoy spaghetti squash. It's always so mushy and watery.  The only way I would eat it was with my recipe for Spaghetti Squash Alfredo.

But, as I was looking on Pinterest the other day, I found a different way to cook it.  Rather than cooking it whole or cut in half, cut it in circles and roast it. 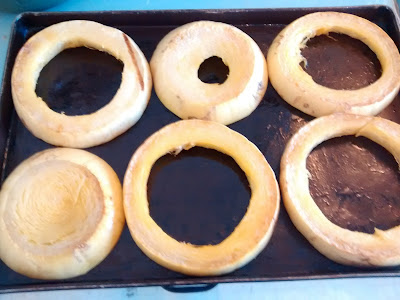 I drizzled a little olive oil on the pan. Put the circles down, then flipped them over so they had oil on both sides. Then roasted them for 25 mins at 400 degrees. Not only do they cook up faster, it turns out totally dry and really like spaghetti. 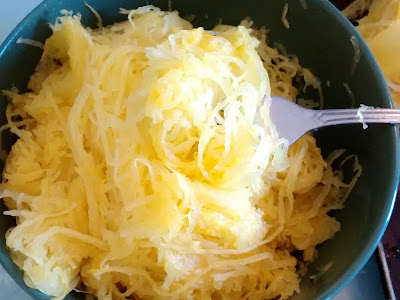 Now I'm actually happy I still have 7 squash left from last year's garden. I think I'll use them up fairly quickly and I will have to add spaghetti squash back to my garden plans for this year.

Thanks for stopping by,

Crystal
Posted by Crystal @ Country Mom at Home at 5:30 AM