This Christmas I bought Daniel Boone Season 1 from 1964 for my family, hoping to find a good show we could all watch and enjoy together. We are really enjoying it. It is full of history, and so interesting. My kids were so excited about Daniel Boone, that I decided to do a unit study on him. So this is Part 1 of our journey through American history centered around Daniel Boone's life. I will put the references for material at the bottom.
We started, of course, with a title page Then I printed off an easy overview of Boone's life (not shown) and lastly we included a poem about Boone. Which we will learn some vocabulary from later. This was day 1. 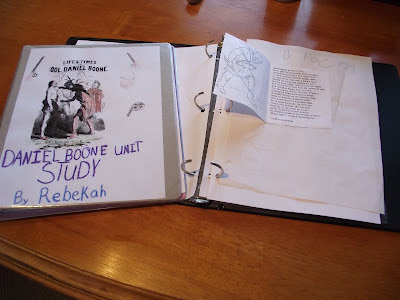 On the 2nd day, we started to focus on the 13 Colonies, because Boone was born in Pennsylvania in 1734. So we are going to spend 2 weeks talking about Colonial times. To begin with, we included a map of the 13 Colonies and coloured the states Boone lived in, and we started a timeline of his life. 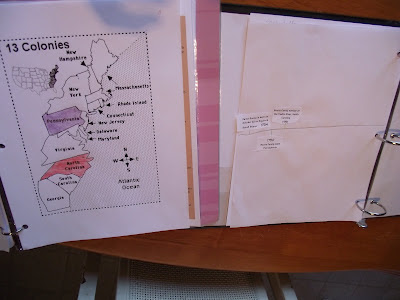 Then we learned about hornbooks. Which was how children learned how to read back then. The kids made their own hornbooks. But the exciting part was, later that night, when we watching Daniel Boone on TV, Israel (his son) was using a hornbook to do his lessons. It was just cool to see what I learned in a book portrayed in real life. 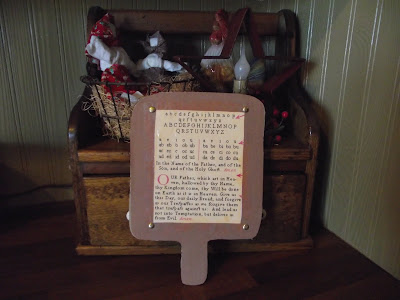 We are learning about what the children did for fun as well. So to begin with, Rebekah and I have been making these absolutely adorable rag dolls. I found the pattern on a blog and it is so easy. There is no sewing involved and now that we know how to make them, it only takes about 5 minutes to complete. 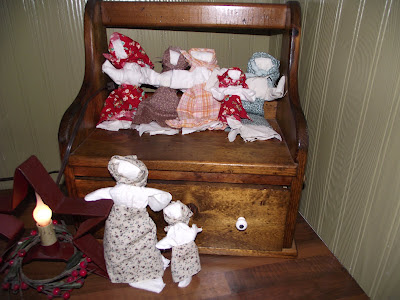 Of course, the boys really want to act out what we're learning, so here is Jacob below with his Daniel Boone attire. We went to the thrift store and found a real suede vest and a red shirt like Fess Parker wears in the show. Rebekah put her leather purse around him like a trappers bag. And the final touch, the popping gun he got for Christmas. Rebekah did his hair the same as Fess Parker as well.

Now we know the TV show is actually a completely different portrayal of Boone and his life, but it is full of actual historical events, such as the wars and the fight for the land they were on and seeing how people lived in the 1700's. 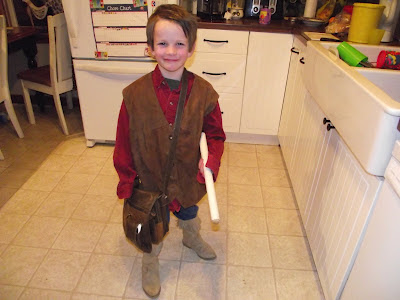 13 Colonies map: http://www.lessonpathways.com/Pathways/Detail?path=%2F03_History%2FYear_1%2F13Daniel_Boone Click on the link for 13 Colonies

Posted by Crystal @ Country Mom at Home at 9:52 AM