My Little Guy Has Flown the Coop (Already)

My little Jacob(5), on April 1st night, decided he was going to run away the next morning (and it wasn't a April fools joke). So, he had his older brother help him pack 2 suitcases, then he came into my room to cuddle and kiss before he went to bed. I thought all of this was cute, I was just going along with his little charade. Well, in the morning I found out it wasn't a joke. He got his 2 suitcases, kissed us all goodbye and went on his way.

Here he is just setting out. 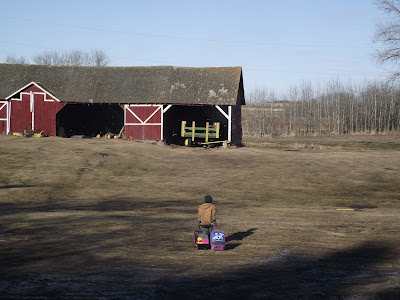 Here he is just a little further. 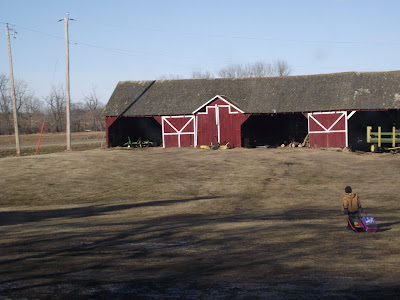 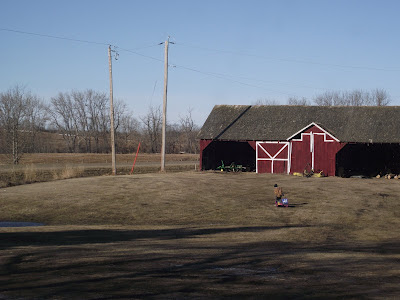 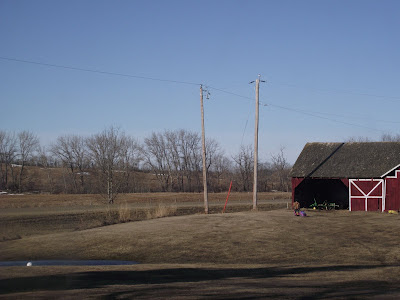 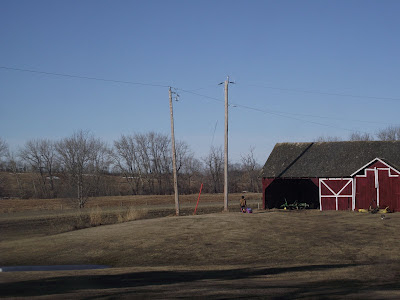 I wanted him to come home on his own and didn't know what else to do, so the other kids and I went outside and howled like coyotes a couple of times. He didn't seem to react very quickly, but finally he started back. When he was finally back in the house, I asked him why he was running away. He told me that he was heading for Tim Horton's for doughnuts, then DQ for some burgers, then McDonald's for more food, then he was heading to some friends of ours to live because they have a Wii and better tobogganing hills.

I even had him talk to Larry on the phone before he left and Larry told him that he wouldn't see his Daddy anymore if he ran away. Well, Jacob's eyes got all red and tears were slipping out and his little lips were quivering and he was looking at me as if he was pleading for the agony to end. BUT, he was still determined to go.

At bed time that night as we were walking up the stairs, he turned around and gave me a hug and kiss and I asked him if he was still going to run away. He said he wasn't going to leave until he was as big as Daddy and that made my heart happy.

“In Him we have redemption through His blood, the forgiveness of sins, according to the riches of His grace”
Ephesians 1:7

Posted by Crystal @ Country Mom at Home at 8:19 PM