Now that the end of our school year is fast approaching, I like to take time to go through our extra subjects. Science is one of them and we are going through the Moody Science DVDs. These are amazing dvds that look at science from a christian perspective. They were made in the 50's, but the messages and content are ageless.
Each DVD has a lesson about the subject on that DVD, then Irvin Moon has a message about how that science subject relates to God. I learned after the first DVD we watched that watching the whole thing at one time was a bit too much for my boys (although they are only 29 mins long!). So we watch the lesson one day, then the next day we watch the message at the end as part of our bible time in the morning, then we do some worksheets on the subject.

We watched "The City of the Bees" as our first DVD. So much amazing information. I went on line and found some worksheets we could go through and put into the kids' Science Duo-tang.

I found the "Bees Challenge" multiple choice worksheet at http://homeschooling.about.com/od/freeprintables/ss/beesprint_4.htm They had a bunch of neat worksheets on bees. 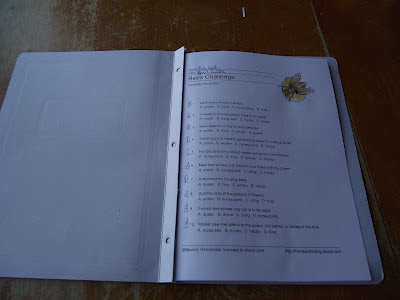 Below is the "Parts of a Bee" I printed it off so that the top part had the fill in the blanks and the bottom part had the blanks filled in already. I found it at http://akidsheart.com/animals/bugs/beepartsp.htm I found the link to this at a website that had a Bee Lapbook and all kinds of information. It washttp://www.squidoo.com/bee-lapbook 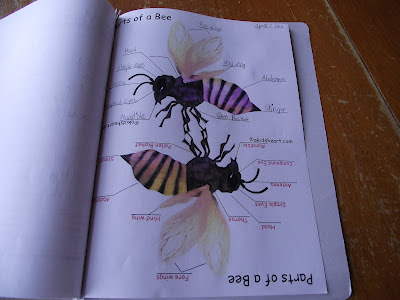 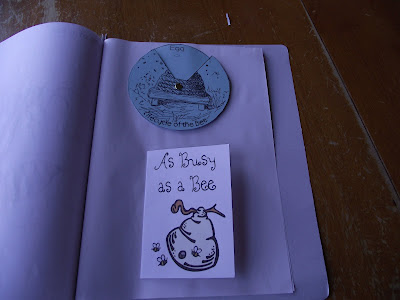 The second DVD we watched was, "Of Books and Sloths". I got all the printouts for this lesson from http://www.homeschoolshare.com/sloths.php We used the Anatomy Envelope Fold, Camouflage Defense, Vocabulary Flap and Jacob did the "S" is for Sloth. 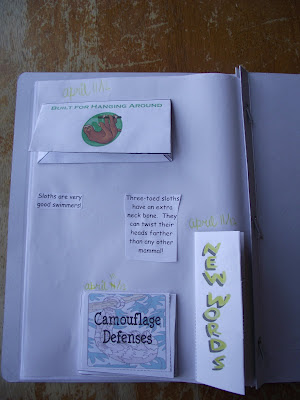 I was blown away by the message Irwin Moon had at the end of this DVD. It was as if he was speaking to us today. Here are some quotes;

"Today once again the enemies of our freedom are seeking to destroy the bible. Why? Because they see something in it they fear more than the power of the atom. In it's simple truth, they see that which can wipe out their godless materialism and their pagan culture."

This is like he's talking about our own countries and our governments. They seem to be against the bible. In the last few months, I have heard of laws in Canada that ban christians from wearing crosses to work and ban bibles from even being on school property.

Right now in Alberta, we have an election and if the PC's keep control of our government, pastors might have to marry homosexuals against their beliefs and doctors will have to do abortions against their beliefs and homeschoolers might not be able to use the bible as part of their curriculum. Some might say that this is trying to destroy the bible.

He went on to say;

This is the answer Mr. Moon gives for this problem;

"Keep my commands and live,And my law as the apple of your eye. Bind them on your fingers;Write them on the tablet of your heart."